I think I am finished traveling until after the New Year so that means I could join this hop. I have missed being part of the last few, but thoroughly enjoyed the creations of those who participated. You arrived at my blog from Deborah's blog. I love seeing her projects every month and feel privileged to be sandwiched between two very talented Canadian neighbors,

I love the Christmas Holidays with the caroling, decorations, and the excitement of children, especially my grandson. I have some fun things planned for him to help him count down the days. However, in preparation for this hop I was overwhelmed with the project ideas, but finally settled on the three I have posted.

My first project is a card that will be part of a Shoe Box Swap this weekend. I fell in love with the Christmas Bauble and the Filigree Frame EF as soon as I saw them and knew they would go together. This is what I came up with. 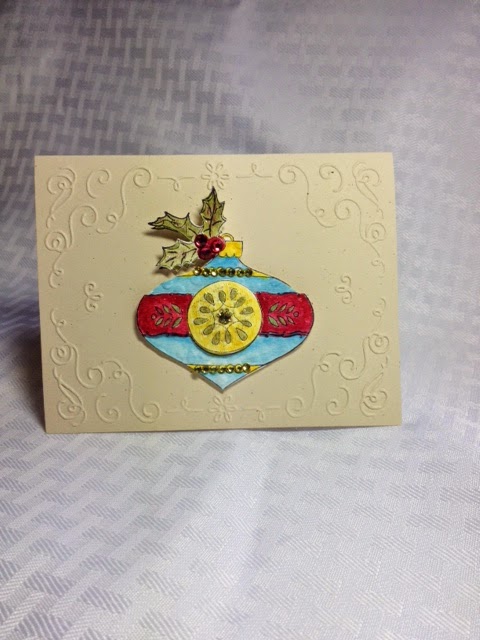 I used Naturals Ivory CS and Watercolor paper. After stamping 2 images of the Christmas Bauble Stamp on the watercolor paper and watercoloring them, I fussy cut different parts of one of the images and using dimensionals made it 3D. The front of the card was run through the Filigree Frame EF.

My next card was a challenge to make it different than most I have seen on Pinterest and SC. this is my rendition of The Newborn King. 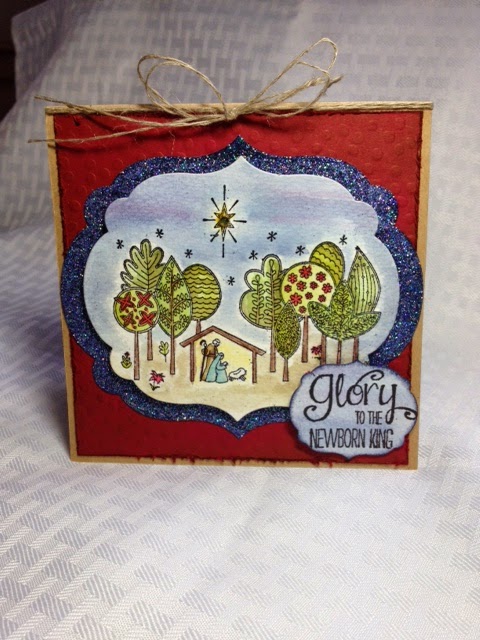 The first thing I did was to take a piece of Dazzling Diamonds Glimmer Paper and using Night of Navy mixed with alcohol in a Stampin' Spritzer I colored the paper. It took a few times of spraying it to get the color saturation I wanted. Next time I will just add more ink to the alcohol. It takes a while to dry and I eventually got out the hair dryer to finish drying it.
On watercolor paper I stamped and embossed with Black EP both the image and the sentiment. I watercolored the nativity image and added a Rhinestone Basic Jewel to the star after cutting it with the Labels Collection Framelit. The next size of framelit cut the now Navy colored Glimmer paper, while the small one cut out the sentiment.
The card is 5 1/2 square from Kraft CS. The layer is Cherry Cobbler run through the Decorative Dots EF and the edges are distressed.
For a final touch, I doubled a length of Linen Thread for the bow at the top.

My next project was a challenge I took up after seeing the star ornaments made with the Stars framelit. I knew there had to be a way to make a star box that had a lid and bottom. Thanks to Pinterest and 2 ladies, Judy May and Crafty Maria's Stamping World, I was able to come up with a box. I still want to do some tweaking, but will do that later. 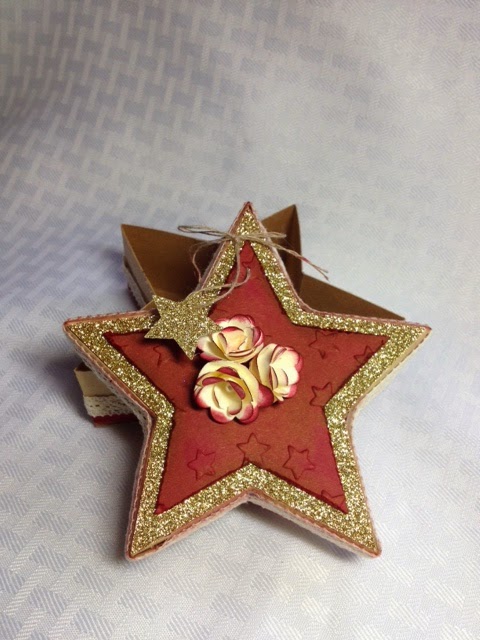 I started with Kraft CS. As suggested by the tutorials I used,  I doubled the tops and the bottoms for more strength. Gold Glimmer paper made the first layer on the top of the box and the little hanging star. The next star was cut from Cherry Cobbler CS and run through the Lucky Stars EF, distressed, and all edges were inked with Cherry Cobbler ink. Though it doesn't show very well I did the sides with Cherry Cobbler seam binding and crochet trim (the old retired one...oops). The roses were made using the 1 3/4" Scallop Circle punch and inked the edges with Cherry Cobbler. Though they don't show I dropped a pearl in the center of each rose. The dangling star was attached with Linen thread.

Now you are off to the very talented Heidi Weaver's blog. Heidi has been our fearless leader on these hops and I want to thank her for such an awesome job setting these up every month. 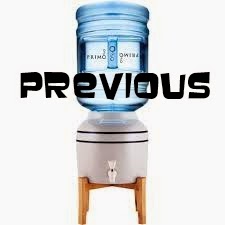 Christine
Stamping and paper crafts are my current passion. I love to create images and objects from paper, ribbon, buttons, etc. Also, as a disclaimer, I would like to note that the content of this site is my sole responsibility as an Independent Stampin Up! Demonstrator, and that the use of and content of classes, services, or products offered here are not endorsed by Stampin Up!